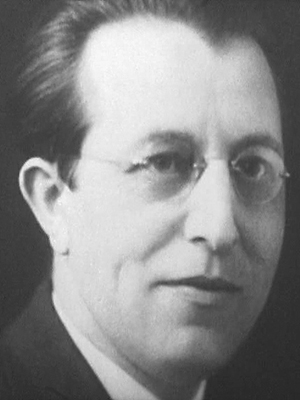 The lion’s share on founding Meopta company belongs to Docent RNDr. Alois Mazurek whose theoretical and pedagogical results had convinced entrepreneur Mr. Ing. Alois Beneš in 1933 to incorporate the Optikotechna Company in Přerov, the forerunner of today’s Meopta.

Alois Mazurek was born June 21, 1892 in Luková, Přerov district. His father was a supervisor and had seven children, 3 sons and 4 daughters. The family eventually moved to Predmosti, so that talented son Alois may study at secondary school in Přerov.

Later, during his years at university, World War I broke out and the young Alois had his military service. In Italy, however, was soon captured and returned home after the war in 1918. He immediately went back to college and after graduation he proceeded to Brno Technical University as an assistant professor Nachtigal. 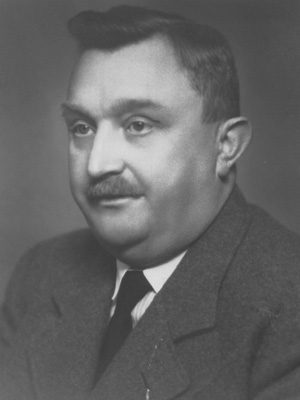 The second founder, Ing. Alois Benes was an engineer and entrerpeneur who invested in the company during a great economic recession in the 1930s.

Originally came from Vítkov in Opava region, where he was born on 22nd February 1891. During 1909 – 1910, he studied mechanical engineering at Lower Industrial School in Vienna, and experienced many different working positions. He started in Bierent company in Budišov, continued in Autozávody in Kopřivnice, company HUTTIG & Ernemann in Jena, in the Skoda factories and elsewhere, and eventually founded a separate business, Odborný závod pro kinomechaniku in Bílovice u Brna.

We have no accurate record of how Mr. Beneš got into contact with Mr. Kallusch, apparently Camillo Kallusch belonged to small purchasers of optical elements. It is certain, that at the end of August 1933, he bought a license to manufacture enlargers, respectively; he bought his entire production, including documentation, tools, work in progress and even transferred some of his employees to Přerov.

In Kallusch’s personal records, there are letters exchanged with Mr. Beneš, which relate to the purchase of enlargers production. It is evident, that after some negotiations they finally agreed on an amount of 79 500, - CZK. 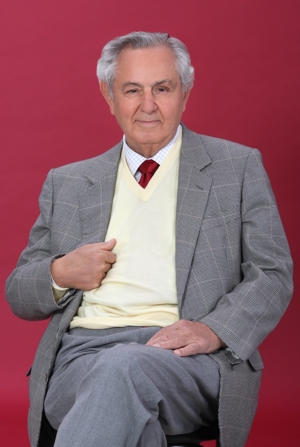 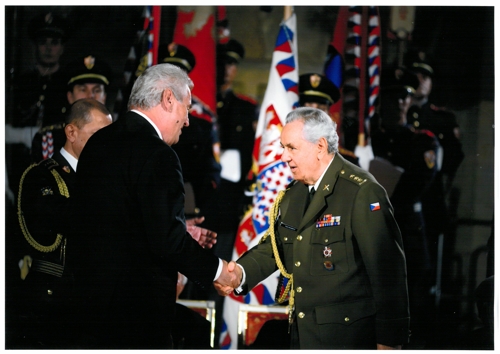 Paul Rausnitz was born on March 9, 1928, to the family of a Jewish doctor in Jablonec nad Nisou. Shortly before World War II, he escaped with his parents and two brothers through Poland to what was then the Soviet Union, where the whole family joined Svoboda’s army and returned together to Prague. Young Paul entered the army at the age of only 14.

In 1946, the family left for the United States, where Rausnitz and his two brothers became important, respected business people over several decades.

Despite the time spent abroad, Rausnitz remained a loyal patriot, and in 1990 returned to the Czech Republic. In addition to business, he also devoted himself to supporting various projects involving sport, charity and culture. He supported education and sports self-realization for youth, and he engaged in benevolent activities.

Through his life, business and philosophy, he strongly advocated Masaryk’s ideas on freedom, democracy, courage and fortitude. At every opportunity, he very strongly imparted to young people the obligation to attentively guard these values and pass them on to later generations.

Immediately after the changes in Eastern Europe, he headed for his former homeland to look for new investment opportunities there. Although he was already past retirement age, his entrepreneurial spirit and drive to help his homeland led him to Meopta in Přerov. He had already done business in the optical field, so he decided to establish himself here. In the 1990s, the company was not in good condition, because as a manufacturer of military optics, over a short period it had lost 75% of its manufacturing work. It was forced to search not only for a new product portfolio, but also for a solid investor, and this connection became mutually beneficial.

Together with his nephew Gerald Rausnitz, Paul Rausnitz very carefully devoted himself to the development of Meopta, and gradually he succeeded in returning the world-famous company to the absolute pinnacle of the modern optical industry. Today it can boast very strong high-tech foundations, top technological equipment, especially vacuum devices for applying ultrathin optical layers and also special installations in cleanrooms that meet the strictest purity regulations, even to the molecular level.

Paul Rausnitz passed away in his sleep on November 11, 2018.

The most important distinctions and awards received by Paul Rausnitz 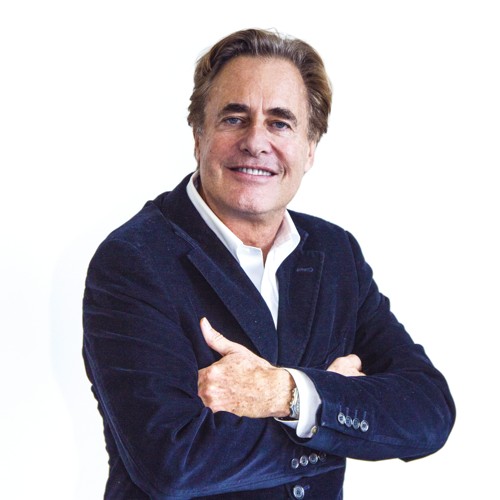 Gerald Rausnitz is the son of the eldest of three Rausnitz brothers, Walter.

He has been actively participating in the management of the company involved for many years, whether as a former CEO Meopta - optika, s.r.o., or nowadays the position of CEO Meopta Group.

It is he, who brings operating principles and survival in today's modern, dynamic and above all competitive world into the company. He is the initiator of many changes (e.g. introduction of the ERP system Axapta), without which the company would not be able to keep up with the competition and receive orders in a segment as industrial applications, which is vital for Meopta. (Currently, this segment accounts for nearly 50% of total company turnover). Along with the business spirit, he brings in the human dimension - values such as good manners, respect, hard work, faith in the future and positive thinking.

As his uncle Paul was used to, Mr. Gerald also pays great attention to his employees; his philosophy is best described: "Our greatest asset is our people. I want to thank each of "Meoptans" for the energy and effort that they all spend in order to make our company a better place. "

Gerald's son David is also involved in the strategic management of the company, especially its American section.